Currently, there is a definition of the electric field as the directed (ordered) motion of charged particles. In a conductor, such particles are electrons. The theory of the electrostatic field is based on Coulomb’s law [1, p.17]. «Electric charge and electric field are primary concepts, similar to the concepts of mass and gravitational field in mechanics. This means that they cannot be defined through other, simpler concepts. All we can do is describe their properties»[2, c 1].

With the discovery of the law «Interaction of rotating bodies» (hypothesis) [3] and the creation of the «Tidal Wave Theory» (hypothesis) [4], it became possible to define the concept of the electric field «through other, simpler concepts». More simply, it is possible to imagine an electric charge as a gravitational tidal wave that occurs in a massive body when the center of mass of the body is displaced by the action of electric and magnetic potentials. A tidal wave is a generalized result of the action of gravitational waves. A tidal wave is a mechanical phenomenon, but it has the property of transmitting energy (or receiving it) over a distance by means of gravitational waves, which is the equivalent of an electric current.

The purpose of this paper is to prove the gravitational nature of electricity and magnetism. Task is to create a unified theory of induction, uniting electrical, magnetic and gravitational fields, in which the main role is in education field assigned gravity induction, as the root cause of other fields, electric and magnetic.

All the energy in Our universe comes from the physical vacuum-the relict microwave radiation of the universe. The microwave relic radiation of Our universe is a part of such radiation of the entire cosmos. The energy carrier in space is photons, high-density particles that rotate at a speed that determines the speed of light. A photon is a complex particle consisting, according to the author, of two toroidal vortices in a strong gravitational interaction. The rotation of a photon at the speed of light is a precessional rotation that causes a weak interaction with neighboring photons. The result of this interaction is the appearance of gravitational waves on the surface of the photons. Gravitational waves move along the surface of photons in concentric circles from the point of gravitational contact with neighboring photons. Such a movement can be represented as a movement in orthogonal directions, where one of the axes represents the axis of electric tension, and the other axis represents the axis of magnetic tension, and both of them are orthogonal with the direction of gravitational tension coinciding with the direction of movement of the unified field (the Umov-Poynting vector). The mathematical model of the «tidal wave» proposed by the author allows us to analyze the interference pattern of the superposition of gravitational waves. This model was tested on the analysis of the interaction of the Sun and the Earth and allowed us to identify the precessional motion of the Earth in the gravitational field of the Sun, confirmed by the temperature graphs of the ice cores of Greenland and Antarctica. There is no reason to believe that this model applies not only to the macro-world, but also to the micro-world.

Figure (1) shows the scheme of electromagnetic energy transfer between photons (f1) and (f2). The radial component of the tidal wave motion (e) is transmitted by the electric component of the unified field, and the tangential component (b) is transmitted by the magnetic component of the unified field. You can select the leading (ВМ пв) and driven (ВM pv) tidal waves. The leading tidal wave transfers energy using gravitational waves to the driven wave. In accordance with the law «Interaction of rotating bodies», the photon (f1) repels from (f2) and drags it along, so the gravitational components (g) are directed towards the movement of the photon with a higher rotation speed. Photons do not leave their orbits, which are established relative to the physical vacuum, but only experience fluctuations within these orbits. 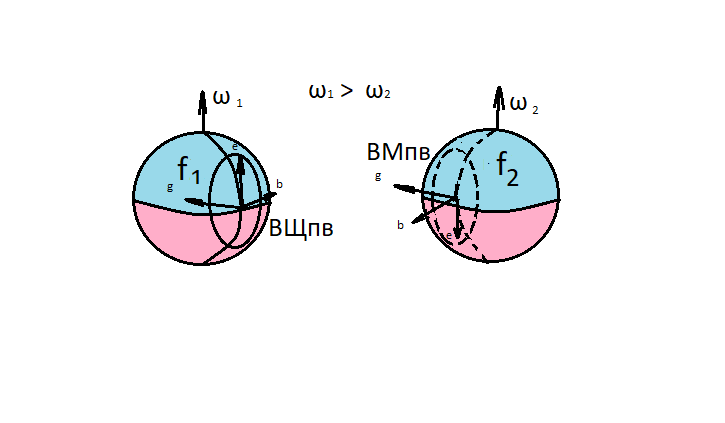 Fig. 1 Diagram of the transmission of electromagnetic energy between photons.

Fig. (2) shows a diagram of the transfer of electrical energy in a conductor from one atom (A 1) to another (A 2) by means of tidal waves arising in electrons. Tidal waves-standing waves, but not stationary. According to the «tidal wave» theory, tidal waves arise on all rotating bodies and move along the surfaces of rotating bodies with velocities proportional to the linear velocities of the surfaces of rotating bodies. At the same time, the total energy (ВЩ пв) decreases, and the total energy (ВM пв) increases. In the case of energy transfer, the equation (E=Δ m*Δ V2) is valid, although in reality no mass transfer (Δ m) occurs. Only the electron masses (the tidal wave masses of the (ВЩ пв) and (ВМ пв) are displaced by the electric and magnetic strengths in the direction according to the left-hand rule. Decreases speed (ВЩ пв) (Δ V=V*1 — V1) and increase speed on the (ВМ пв) (∆ V=V2* V2). The position of tidal waves on the surface of electrons is determined by the strength of the electric and magnetic fields.
When the direction of the applied voltage changes, the leading tidal wave changes and (ВЩ пв) becomes (ВMпв) and the energy transfer goes in the opposite direction.

In conductors, the electrons do not leave their places in the crystal lattice of the conductors, but only the displacement of their centers of mass occurs. 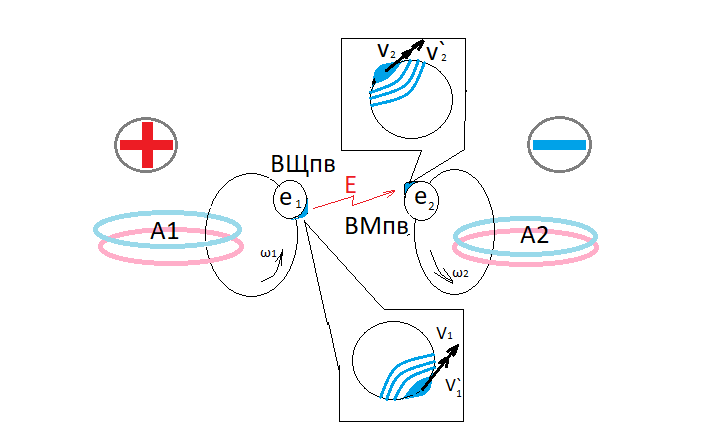 Fig.2. Transfer of electrical energy between atoms by means of tidal waves of electrons. 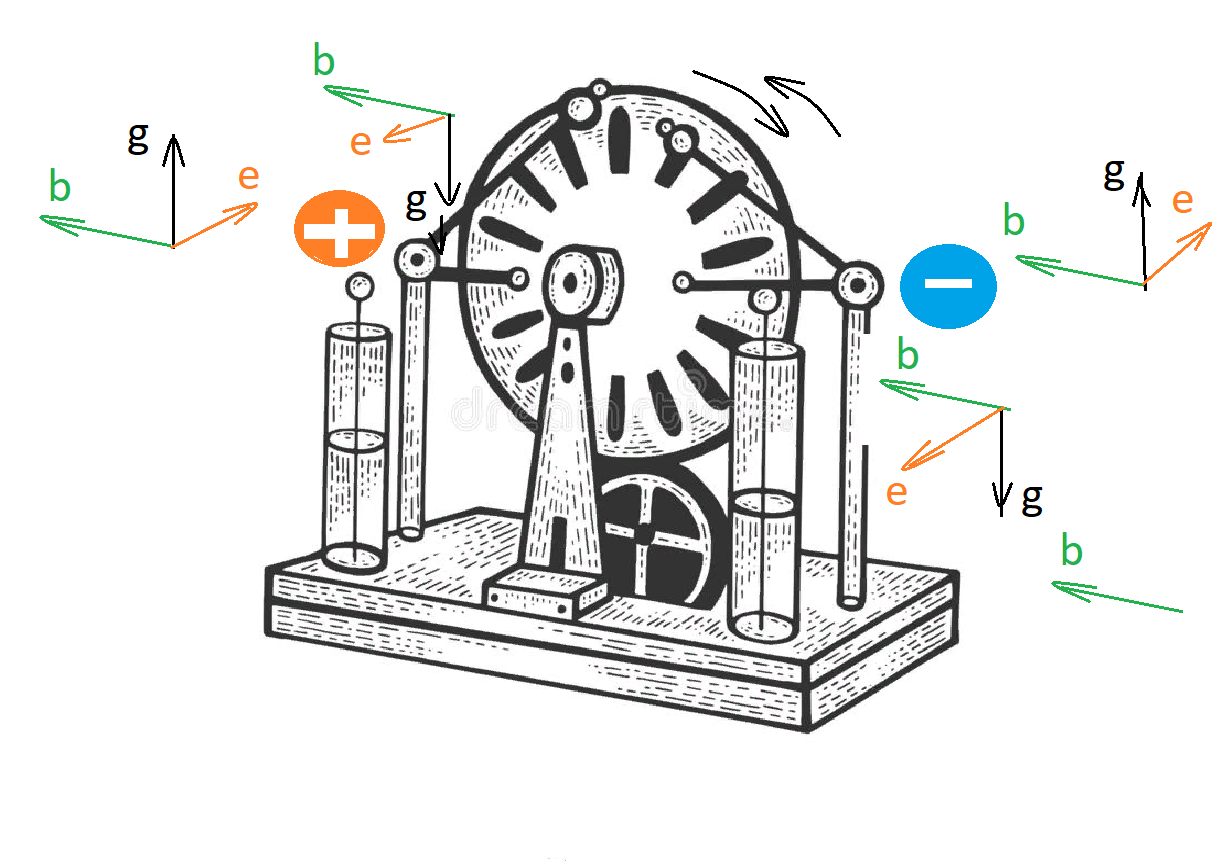 Fig.3. The electrophoretic machine and diagrams of the strengths of the components of a single field at the points of connection of the load (e)-the electric field, (b)-the magnetic field, (g) — the gravitational field.

Each petal gives the resulting charge to its pole. The external jumper is used to remove the charges on the load. If the direction of the Earth’s magnetic field remains unchanged, the creation of an oncoming motion of the conductors causes a shift of the electron masses in one direction, which is perceived as an electric current. This phenomenon confirms the gravitational nature of electricity and magnetism.

Electrons leave their places in the crystal lattice only during electron emission, when under the action of a tidal wave amplified as a result of heating, they are repelled from the nucleus of an atom.

Electricity and magnetism have a gravitational nature, because they are manifested by the displacement of the masses of rotating massive bodies (photons and electrons). Mass displacement occurs for various reasons: rubbing of an ebonite stick, electrophoretic machines, chemical voltage sources, voltage generators, etc., but the transfer of mass displacement occurs by gravitational waves, both in physical vacuum and in conductors, while the free movement of electrons in the conductors does not occur and they do not leave their places in the structures of atoms.